Etna and the volcanic Aeolian islands 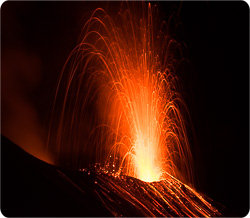 Mt. Etna and the volcanoes of the Aeolian islands represent the physical expression of weaknesses in the Earth's crust. Etna, on Sicily, is the highest active volcano in Europe. Stromboli (one of the Aeolian Island volcanoes) has been continuously active for over 2,000 years, and was known to Roman sailors as a navigational beacon: "the Lighthouse of the Mediterranean".

Starting in the UNESCO World Heritage Site of the old city of Catania (destroyed by Etna in the 17th century) we will explore the summit and environs of Etna and look at its impacts on the surrounding area. Then we will island hop around Vulcano, Lipari and Stromboli. The latter offers spectacular views of regular eruptions from its summit. Vulcano has bubbling sulphur fumaroles on its summit. Lipari bears the scars of its recent volcanic pumice quarrying activity. 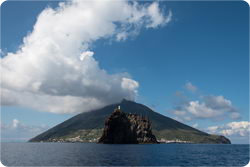 With a combination of stunning images, video, and sound recordings, I bring the region and its culture alive and using my geological background explain its importance and what the future holds. The activity is linked with Naples' Vesuvius, the most dangerous volcano in the world. Italy is no stranger to earthquakes and eruptions but manages to turn lemons into lemonade...or Limoncello.

"David’s talk on Pompeii to the Thirteen Society was highly informative as well as entertaining. The excellent graphics allied to David’s lucid explanations meant that the audience left knowing much more about volcanic eruptions and their consequences for populations who choose to live close by. The talk went very well and everyone enjoyed it. People were impressed with the slides and video clips which came over very well. As on his previous visits he was excellent.”
The Thirteen Society, Kingswood (Pompeii, 2016)
"I just wanted to thank you profusely again for giving us such an excellent talk on Tuesday evening. Everyone really did enjoy it very much. Your relaxed and confident manner, combined with excellent and interesting narrative explaining all the wonderful images, both still and moving, made for a very enjoyable and informative evening. I usually get a bit anxious before the start of each talk so I really appreciated feeling very relaxed about it all knowing we were in safe hands!"
Liz Turner, Friends of Ravenna, Chichester (Etna talk) 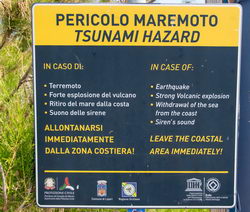 I was working on Montserrat when the volcano erupted and witnessed the evacuations and disruption to this idyllic Caribbean island. Details of this talk here.