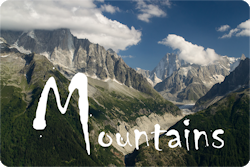 Mountains are inspiring, dangerous, and life-giving. They help control weather and include landforms shaped by glaciers. This talk, aimed at Year 5 and 6 pupils, will show some of the special mountains of the world, the landscapes they contribute to, and how they are climbed. 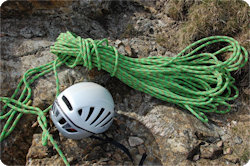 I can bring along climbing gear to illustrate the points I'm making. This also allows pupils to have a 'hands on' trying of the equipment afterwards, including ice axes, crampons, sleeping bags, down jackets, ropes and climbing protection.


I have met some of the greats of the mountaineering world, including Doug Scott and Chris Bonnington. Sir Edmund Hillary was rather unimpressed when he met me though!

“I have heard from numerous staff and pupils how much your talks were enjoyed and know that there has been a buzz in Geography since Monday. Thank you for making the effort to travel so far to come and speak, I will definitely be recommending you to my old school and others around and I know this is something the Head of Department would be interested in for next year.”
Victoria Marriott, New Hall School

Collected molten lava * Been charged by an elephant * Smuggled myself into an African country * Carried water in the Kalahari Desert * Broken both legs mountain climbing and self rescued * Survived volcanic eruptions * Worked as a ranger in the Grand Canyon * Taught environmental science courses * Caught snakes with my bare hands * Advised hundreds of expeditions around the world.