What do the public think about climate and environmental issues?

Ipsos Mori shared their latest findings at COP26 on environmental perceptions by examining whether commonly held environmental views ('myths') were borne out in reality. Their short and snappy presentation was split into three sections. 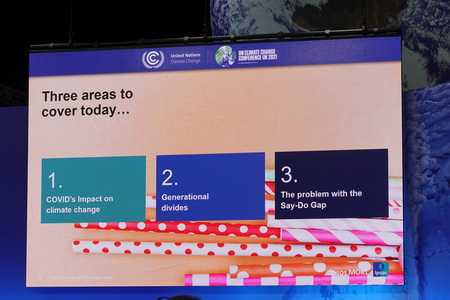 No. Under the heading "We are heading for environmental disaster unless we change our habits quickly" Ipsos polling in several countries found an upward trend in concern, particulary increasing from 2019. Ipsos then looked at the trend in how this view has been held from 2013 to 2020. Agreement with the statement has increased in all the countries surveyed, but particularly in the UK and US. Both countries started in 2013 with a relatively low support for the statement, but in the UK support has increased by 24%. The US had the lowest support but has still increased by 16%. The take home message is that the UK (and to a lesser extent the US) seem to be taking the environmental crisis more seriously. Of 24,332 people surveyed globally in August-September this year, 83% agreed with the statement "We are heading for environmental disaster unless we change our habits quickly". The environment has risen to 5th on the list of biggest concerns (beaten by the cost of living and the pandemic but people are always going to put the wellbeing of their families first, and make sure they can pay bills). 71% think the climate crisis is just as important as Covid in the long term. 50% think priority should be given to the environment even if it slows economic growth. Concern about climate change is stronger than ever but more immediate threats like personal finances and health remain primary.

How are views affected by age 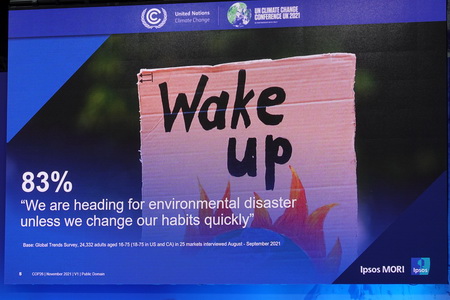 In the last seven years, there has been little change in what people are prepared to do to move toward more sustainable behaviour. Generally, people feel they're doing enough but think government and private companies aren't doing enough: they want to see leadership. Scientists however are perceived as already taking a lot of action. 70% believe they know what actions to take to tackle climate change. However, people overestimate the benefits of low impact changes on their lifestyle, and underestimate the benefits from high impact changes on their lifestyle. So for example, having one less child is seen as being low benefit when actually it's the most powerful thing you can do to tackle climate change. Conversely, recycling and moving to low energy lightbulbs are seen as being the best things you can do, when actually they rate really low in terms of reducing climate change. Not having a car is seen as being low benefit, when actually it's only second after having one less child in terms of fighting climate change. It appears that people are unwilling to make big changes to their lifestyle to reduce climate change and so have convinced themselves that the changes they are making (which are not disruptive to their lifestyle) are more virtuous than they really are. People need help to understand what are the most impactful actions they can make.

But there are grounds for hope. Ipsos Mori surveyed thirty-six values held by people. Tackling the climate emergency was Number One. Climate scepticism was ranked 34th. All this research sends a clear message to politicians that they don't need to ask for permission to initiate climate friendly policies: civil society wants them to introduce environmental protection measures and it doesn't need to be cleared with them first.